Science Versus Fiction: Have New Mexico Environmentalists Been Telling The Truth? 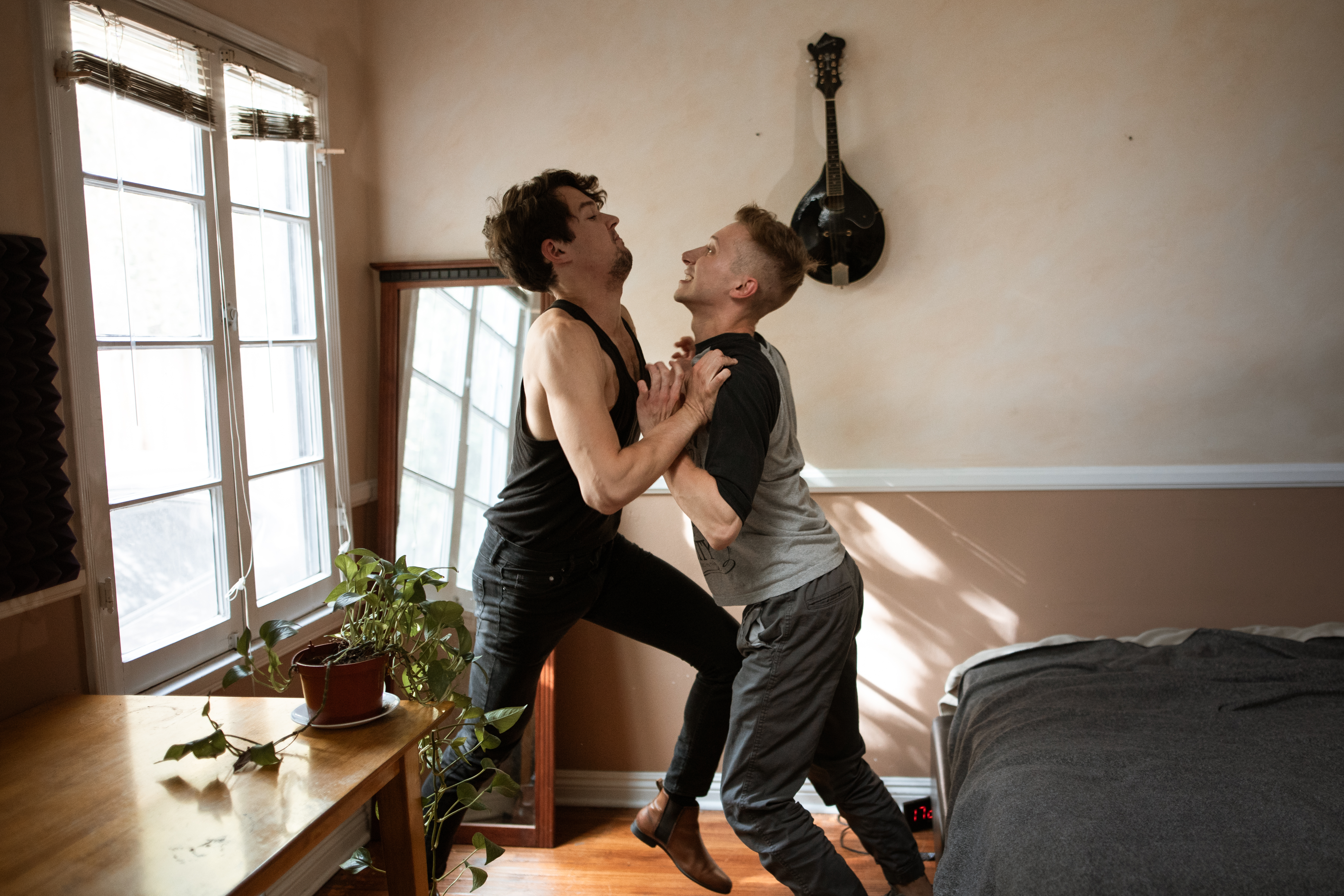 While it may be a speculative reflection on whether Chris Shuey influences the editorial voices of Gallup and other New Mexico media, it appears that Shuey may have built the foundation for his career in a uranium-related disaster. On the other hand, can anyone blame an ambulance hunter for trying to make a living too? In the absence of a Three-Mile-Island episode in laid-back Gallup, New Mexico, Chris Shuey helped establish the Southwest Research and Information Center in a vocal “expert” counterpoint against the uranium industry apparently taking advantage of the mill tailings spill. 1979 uranium near Church Rock. It was considered one of the worst tailings spills ever to occur in North America. We are looking for conclusive evidence of deaths from this spill, but we are unable to do so. Any official published report that counters the above statement would be welcome.

Founded in 1971, the SRIC group established great media credibility by exploiting the “dire and grotesque” consequences for human and livestock health of that spill. But where was the real damage in terms of human life and ecological disaster? We obtained the executive summary (dated October 1982) of an NMEID report titled “The Church Rock Uranium Mill Tailings Spill: A Health and Environmental Assessment.” The report’s authors concluded: “In summary, the spill affected the environment of the Puerco River Valley for a brief period, but had little or no effect on the health of local residents.” This report was published three years after the “largest single release of liquid radioactive waste in the United States” (about 94 million gallons of acidified effluent and tailings sludge).

Some might speculate whether the 1979 newspaper reports on this spill have the sound and smell of shoddy, yellow journalism. Others might marvel if those stories were more suitable only for the most laughable supermarket tabloids. If one believed what was written then, the entire population of Gallup, New Mexico should have already disappeared from the face of the earth. To help fuel SRIC’s current hysteria over uranium mining, the environmental group has been arguing that HRI’s proposed ISL uranium project, near the Church Rock boundary of the Navajo reservation, would cause groundwater contamination, perhaps with the same severity as the previous tailings. to spill. In a sense, they seem to evoke bad memories of that spill. “He’s very good at using the media,” sighed HRI’s Craig Bartels. “It’s some people who are very vocal,” Bartels explained in describing the SRIC’s opposition to the ISL operation of his company, “especially Chris Shuey, who promotes himself as a journalist.”

The Center for Disease Control of the United States (CDC) did not pay much attention to the sensationalism of the local media. The following was excerpted from their official report on the uranium tailings spill:

o “The US Centers for Disease Control (CDC), in cooperation with the Church Rock community, found no documented human consumption of river water. CDC selected six Navajo individuals who were likely exposed to contaminants from spills and analyzed them at the Los Alamos National Laboratory, where they were found to contain amounts of radioactive material normally found in the human body. ” Recommendation: No further action is required.

o “Based on limited testing conducted by the CDC, the additional radiation risk from consuming local livestock is small. The risk is roughly the same as the increased risk of cosmic radiation incurred when rising from sea level to 5000 feet above sea level. “.

o “The computer model identified inhalation as the most important route of radiation exposure for man due to the spill. However, airborne dust sampling along the Puerco River in Gallup shortly after the spill showed only levels In addition, one year after the spill, the levels of radioactivity in the sediments of the Puerco River were significantly reduced due to dilution with uncontaminated river sediments. “

The Church Rock incident had been reported in the “Journal of Health Physics” (July 1984: Vol 47, No. 1) in an article titled “The Assessment of Human Exposure to Radionuclides from a Uranium Mill Tailings Release and Mine Dewatering Effluent . “This report was written by two staff members from the US Center for Disease Control, two staff members from the New Mexico Department of Health and Environment, and a staff member from the US Environmental Protection Agency. USA This report came to two powerful conclusions:

“A review of state and federal regulations pertaining to ingestion doses calculated from Church Rock data indicated that exposure limits were not exceeded from spill or chronic exposure to mine dewatering effluent.” .

“In light of the cancer incidence and currently known mortality risks associated with the radionuclide levels measured at Church Rock and Gallup, we conclude that the exposed populations are too small for researchers to detect increases in mortality. for cancer with acceptable levels of statistical power “. It can be misleading to establish a (cancer) registry with prior knowledge of a low probability of detecting increases in mortality. “

Despite these scientific reports, Chris Shuey continued to promote the “Puerco River Education” project until 1986. “The Gallup Independent” took a while to promote this panic and titled an article, “Don’t Drink Puerco Water.” In a May 8 (1986) article, originally (conveniently) from Albuquerque, where Chris Shuey resides, the reporter wrote: “What little water there is in the Rio Puerco these days should not be consumed by man or by animals, according to the Southwest Albuquerque Information and Research Center. “

Perhaps to strengthen his experience as a health authority, Mr. Shuey earned a master’s degree in Public Health from the University of New Mexico, across the street from SRIC headquarters. In his thesis, Shuey is the author of a comprehensive review of the literature on “Biomarkers of kidney injury: challenges for uranium exposure studies” (submitted April 29, 2002). After presenting this article, Shuey emerged with the unique claim that uranium leads to kidney cancers.

On its website, the American Cancer Society lists smoking, obesity, and a sedentary lifestyle as the top risk factors that increase the chances of developing kidney cancer (renal cell carcinoma). Occupational exposure to certain chemicals can also increase risk. Scientific studies found that they could include: asbestos, cadmium (a type of metal), some herbicides, benzene, and organic solvents, particularly trichlorethylene. The American Cancer Society does not mention that exposure to uranium causes kidney cancer. However, cadmium is another story.

The problem of first reaching a conclusion and then investigating the facts to confirm your preconceived notion negates the scientific process. For example, Shuey dances on the subject of cadmium throughout his report, but does not correlate burning household garbage with the dangers of dioxins and cadmium when it comes to kidney-related problems and possible cancers. It appears that Shuey could not have included the largest source of toxic air releases, which occurred in New Mexico prior to June 1, 2004, as a possible cause of kidney toxicity: the burning of garbage. At this time, New Mexico remains one of the few states that has not banned the burning of electronic equipment. Burning such garbage reportedly releases high concentrations of cadmium into the air. Could it be that something as obvious as cadmium concentrations could be the risk factor leading to kidney cancer rather than supposed uranium?

According to research scientist Dalway Swaine (Trace Elements in Coal, Butterworths: 1990), cadmium is a toxic trace element in coal. The combustion of coal contributes one tenth of the Cd to the atmosphere, as do volcanoes and is considered a minor source of atmospheric cadmium. The problem may not be the uranium at all, but other chemicals. However, fundraising to reduce cadmium emissions, let alone fundraising against coal mining, might not lead to sold-out celebrity dinners in Santa Fe.

Not surprisingly, SRIC appears to be less concerned with public health than with its anti-nuclear agenda. Generally, the public’s reaction to an environmentalist is a warm and fuzzy sentiment, “Wow, here’s someone who really cares about our future.” SRIC has worked closely with the Navajo Nation, akin to the third world, which instantly elicits the sympathy of any liberal-minded individual. In fact, when StockInterview.com interviewed Shuey, he was on the reservation at a meeting. His publicly displayed concern for the Navajos is commendable. At the same time, it should also be considered that if the most common cause of death among Navajo adults is alcohol abuse (often accompanied by driving), why hasn’t SRIC worked more closely to reduce that public health problem? ?

Visit the outskirts of any reserve and you’ll find stacks of bottles of beer, liquor, and wine. A garbage-filled stop near Crownpoint, New Mexico, took on the personality of a landfill. Where are SRIC’s cries of pity for abused Navajos? More Navajos have died as a result of drunk car accidents than from fifty years of uranium mining. But again, that may be of little importance to an environmental group. Navajo Nation President Joe Shirley, Jr. could make better use of Mr. Shuey by asking, “Can you help us with the alcohol problem?”