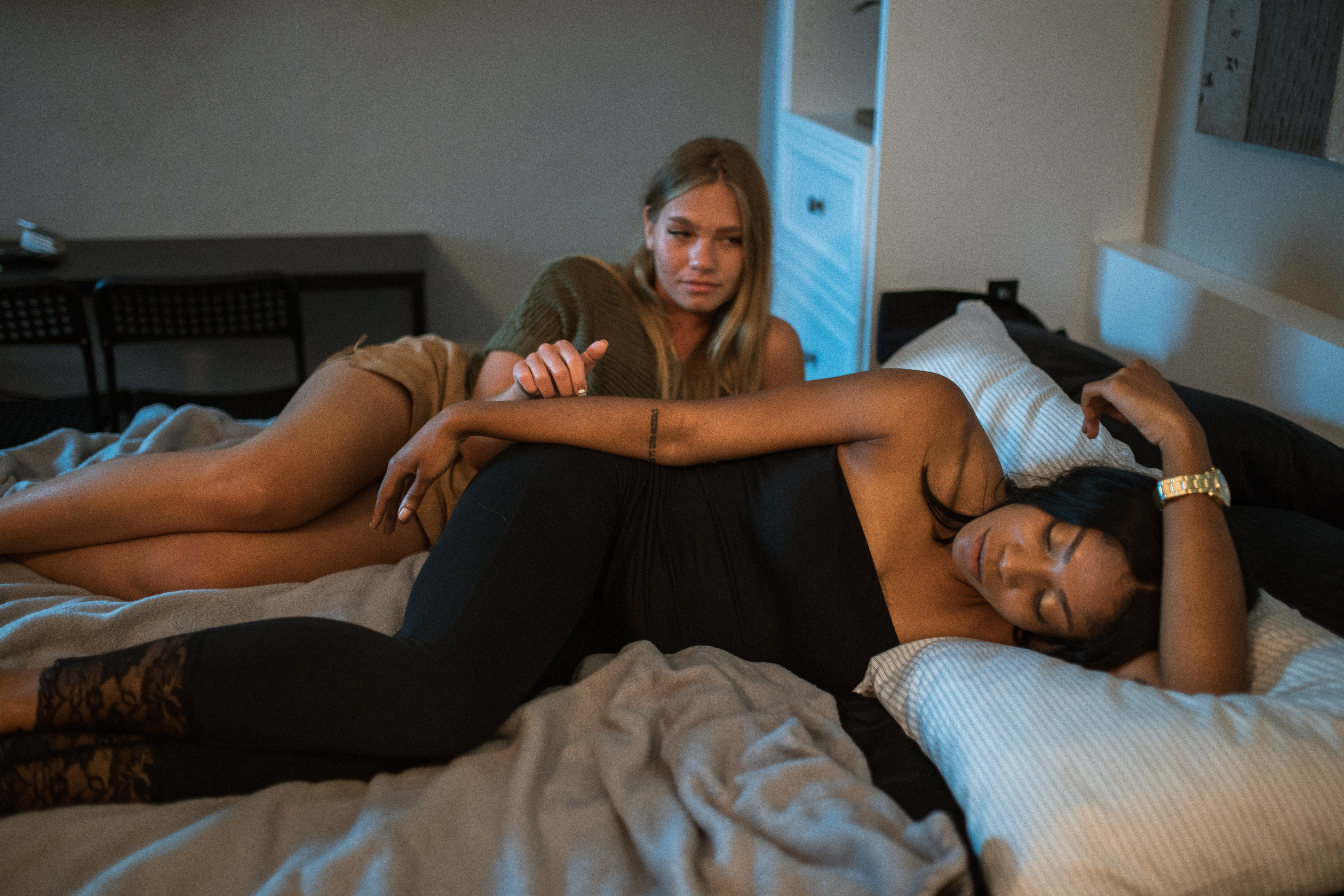 I’m not leaving, am I? Cynthia Allen asked that question the other day.

Although I would like to write about the boy that Joey was, how everyone loved him and how much he wanted to improve and lead a normal life, I feel compelled to write about what really happened to Joey Aletriz and how his mom feels. resulting.

I stopped to think about his question and these thoughts came to mind:

Imagine how you would feel if you had a teenager who needed help dealing with the problems in his life. You and he together looked for help and thought you had found it. She enrolled him in a residential treatment program for children with the promise that in six months they could help him overcome his problems. Two months after putting him on the show, he gets a phone call, “I’m sorry Ms. Allen, but we don’t think Joey is going to make it.”

Imagine your pain and the feeling of disbelief, the thoughts running through your head as you recall your son’s words about a boy who had died there just weeks before. Imagine rushing to the hospital to find your lifeless son, lying on a bed, his bruised face almost unrecognizable. As a nurse, you understood everything that was said and everything that was going on around your child. You saw how they continued to try to revive him, only to give up when they knew there was no way for him to come back to life. Imagine having your child in your arms when he had no life left; This is the tragic scenario that Cynthia was forced to endure.

Cynthia was told that her son was immobilized because he did not want to return the hoodie he was wearing to the staff. But Cynthia remembers that the sweatshirt was within her dress code and that her son should have been allowed to wear it. Also remember that it was cold that day in February. Remember the barrack-style rooms the boys slept in and how cold it was there. Why was there a problem with her hoodie, her mother wondered?

As a nurse, Cynthia knew that what happened to her son was more than just a restriction. She has been trained in restraints and has had to perform restraints. If the restraints are made in accordance with policy and procedure, they do not cause the types of injuries your child suffered. He got it when he read the preliminary autopsy report. She was shocked to learn that the contents of her son’s stomach were in his nasal cavity. One side of his face was black and blue and the other side had a hemotoma from temple to jaw. His organs were damaged and he had bruises similar to those from a bullet or kick in different areas of his body. The list continued as her anguish grew.

Joey’s mom lives with the memory of that day every day. You cannot get rid of what has happened to your child. You cannot allow your death to be in vain. She cried last week when she said, “They didn’t even say they were sorry. No one ever told me they were sorry for killing my son.”

I feel like Cynthia has good reason to be concerned and want to seek justice for her son, Joey. She is not only concerned about what happened to her son, but about what has happened to many others. Her goal is to make sure other parents don’t have to endure the agonizing pain that she has endured and continues to endure. She said, “I don’t know what I’m going to do, it’s almost the holidays. I don’t know how I’m going to survive without Joey this year. I’m going to have to put up with things for Alex.” Alex is her oldest son, who is also grieving the loss of his little brother.

The juvenile justice system failed to protect Joey when they suggested that his mother place him in a facility operated by a company with a history of abusive practices, some of which led to his death.

Below is a list of sixteen seventeen children who died in the past year while in youth programs (there are certainly others to our knowledge):

On September 11, 2005, 12-year-old Shirley Arciszewski was immobilized and died of suffocation at the Charlotte Group Home in South Carolina.

On September 13, 2005, 12-year-old Alex Harris died of dehydration and a blow to the head, allegedly when he fell headlong at Hope Youth Ranch in Minden.

On September 18, 2005, 14-year-old Linda Harris was physically immobilized by a Chad Youth Enhancement Center worker. He stopped breathing and then died.

On October 8, 2005, 13-year-old Kasey Warner was found dead in 12 “of water at ViaQuest Warren Avenue group home. Kasey was an autistic child who had never said a word. Although his mother was promised that he would have looked after and supervised the watch and that they would never leave it alone, they left it alone and drowned it in a 12 “tub of water.

On October 13, 2005, 17-year-old Willie Durden died at the privately run Cypress Creek Juvenile Offender Correctional Center in Lecanto, Citrus County. An autopsy concluded that Willie died of ventricular arrhythmia, due to an enlarged and diseased heart. A recent report says that guards waited about 20 minutes after discovering the lame teenager before calling 911 and beginning CPR. A guard told investigators that he waited to start CPR because teens sometimes “ play pranks. ”

On December 5, 2005, a staff member placed 12-year-old Michael “Mickey” Garcia in a holding basket at the Star Ranch facility in Texas. Mickey stopped breathing, couldn’t be revived, and then died.

On December 12, 2005, 16-year-old James White lost his life at SummitQuest Academy in Ephrata, PA. According to newspaper articles, his death is being investigated. Apparently he fell during the exercise and died.

On December 26, 2005, 14-year-old Johnny Lim complained of an excruciating headache, vomited and fell to the ground in his cell at the King County Juvenile Detention Center in Washington. The county coroner ruled the death a “spontaneous brain stem hemorrhage” attributable to natural causes. There are many unanswered questions from Lim’s family and the attorney representing the staff and the center.

On January 6, 2006, 14-year-old Martin Lee Anderson died in a Pensacola hospital a day after Bay County Sheriff’s Office Boot Camp guards beat him, knelt him, and put pressure on him. his head in an attempt to force him to keep running. . An autopsy ordered by a special prosecutor concluded that Martin died of suffocation after guards covered his mouth and shoved ammonia capsules into his nose. A use of force report said guards had thought Martin was faking.

On February 4, 2006, 16-year-old Giovanni “Joey” Aletriz died after being beaten and detained at SummitQuest in Ephrata, PA (details above).

On May 26, 2006, Angellika Arndt, 7, lost her life at the Northwest Counseling and Guidance Center in Rice Lake, WI. Angie had been immobilized nine times during the month she was there, each restraint lasted an hour or two, once she was immobilized for “gargling with milk.” She was immobilized again the next day, and the next day she died as a result of the immobilization.

On May 31, 2006, 12-year-old Lenny Ortega drowned while hiking at Star Ranch in Texas. The facility was under investigation for the death and alleged abuse of other children there; the facility has been closed pending an investigation.

On July 16, 2006, 16-year-old Elisa Santry died after walking through the desert in 110 ° weather while attending an expedition to the Outward Bound desert. She was separated from her group for 10 hours before being found, dead, alone next to a cannon. She had complained that she was not feeling well early that morning, but was allowed to walk alone.

On July 31, 2006, 16-year-old Natalynndria Lucy Slim was found by a friend hanging from a computer cable. His death is under investigation and is considered a suicide at the Residential Treatment Center for Adolescents operated by Presbyterian Medical Services.

On August 4, 2006, 14-year-old Danieal Kelly died during a heat wave. She was bedridden, infested with worms, and nearly paralyzed with cerebral palsy. She died in extreme heat, dehydrated, weighing only 46 pounds when she died. She was wasted in bed with pressure sores, under the nose of the city’s social services agency, according to an MSNBC article on October 25, 2006, Pa. 14-year-old girl died of dehydration; the workers did not realize the negligence.

On August 12, 2006, 16-year-old Alex Cullinane died of dehydration at the Back to Basics Christian Military Academy. His death is under investigation. He did not eat for days, according to other children, and complained of a stomach ache. He died in the middle of the night after getting up to go to the bathroom.

Below are two children who died last year and were allegedly abused while at Tranquility Bay in Jamaica. Both boys appeared in the article “Rough Love” from June 22, 2006:

On June 6, 2006, Kerry Layne Brown was found dead in his bed. Layne spent nine months in the World Association of Specialty Programs (WWASPS) program, Tranquility Bay, where he was tortured – pepper sprayed multiple times a day for months (a staff member admitted this on videotape) , his genitals were scrubbed with toilet brushes. His life was never the same again and he died at the young age of 24. His death is under investigation.

On June 7, 2006, Carter Lynn was found dead hanging from the beam in his home. Carter had been interviewed about his experiences, also on WWASPS ‘Tranquility Bay program in Jamaica. His death is also under investigation.