Choosing a Medical Malpractice Lawyer – How to Decide 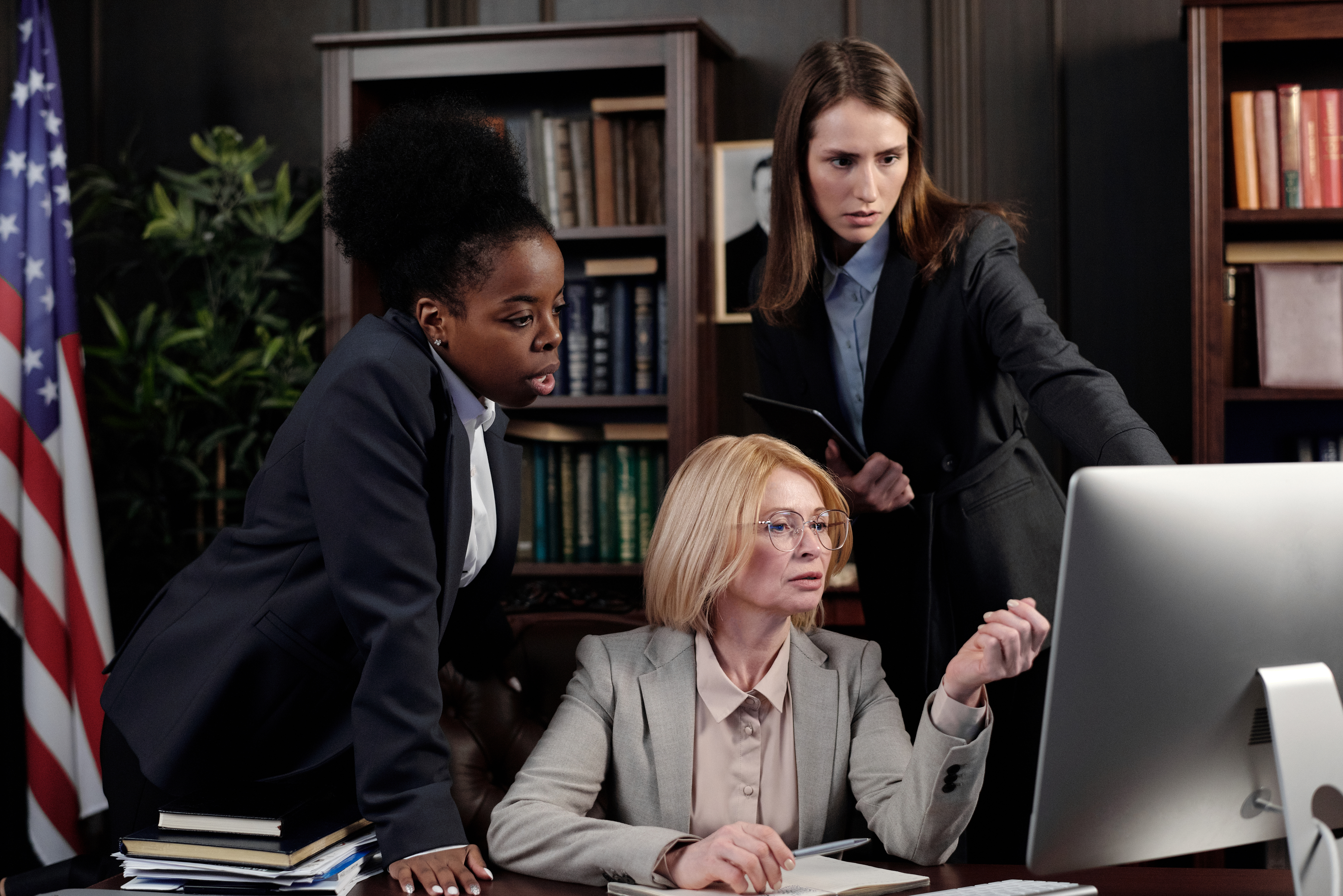 There’s a commercial on the radio that suggests you shouldn’t buy a house from a taxi driver who drives by. The premise, of course, is that the taxi driver has little to no knowledge of the house or of you. The obvious truth of this simple message extends to almost every facet of our lives. Very few of us would hire someone for something as important as babysitting our children or as relatively mundane as fixing our car without being sure that the person we are hiring knows what they are doing and has a track record that we can trust. . . With that basic premise in mind, it always amazes me how often a person hires a lawyer to handle a medical malpractice case (as well as many other types of cases) without knowing who the lawyer is; what experience they may have in the field; what may be his record of success in the field; or, what is your position in the eyes of your peers and adversaries.

When a person is injured due to medical malpractice, a lawsuit against a doctor or health care provider is often the furthest thing from their mind. Health concerns; one’s ability to continue working and supporting a family; and the ability to regain your place as a productive member of society are among the far more pressing issues. It is usually not until these concerns have been addressed or accepted that people even consider whether malpractice might have occurred. Unfortunately, the realization that one’s life-altering injury may have been preventable often adds to the difficulty of the situation.

Another part of the difficulty an injured person faces when considering a lawsuit is the perceived role of lawsuits in today’s society. Lawsuits are not and should not be about “quick money” or holding up a business for a “payday.” The civil justice system is all about accountability, putting the blame where it belongs. It’s about making sure the injured are compensated for what they can never get back. It is about making sure that the individual, regardless of economic or social status, has the same rights as the rich and powerful. It is about assuring society that we are all equal.

Not all errors can or should be the basis of a lawsuit. However, there are many valid reasons to file a lawsuit. Obviously the simplest reason is to fix a bug. There is also great benefit to others in our community and our society as a whole in that meritorious claims deter similar conduct. Unfortunately, the role of lawsuits in society has been considerably damaged by the media attention to a handful of lawsuits, some of which were filed incorrectly to fit an agenda and others which were filed correctly but never should have been filed. . The end result is that, for a large number of people, the laws are almost the definition of what is wrong in our society today. Critics of our judicial system describe our courts as out of control, lawyers as greedy, and lawsuits as harmful to the economy and society at large.

Obviously, these are positions taken to push an agenda. These critics fail to address the responsibility and equality that a lawsuit can provide. They do not account for the positive social changes that the courts have generated. They do not take into account that workplaces and products have been made safer by the effects of a lawsuit. They fail to account for the millions of people who have had their ill-gotten gains returned to them by being swindled by stockbrokers and corporations. They do not account for the many people who do not need to go to public assistance for their health needs because a lawsuit has provided sufficient financial resources. In short, they do not represent any of the benefits to society of a lawsuit. Rather, they focus on a few ill-conceived or poorly prosecuted case examples as representative of our system as a whole.

Take a moment to consider who is driving these agendas: the insurance companies; big business; negligent doctors and others. We must consider, before accepting their agenda, whether they have our best interests at heart or whether their agenda is designed to avoid liability and increase profit. There are many questions that a person should ask themselves before even considering whether to file a lawsuit. The most important of those questions, however, is why, throughout the centuries, have wars been fought and governments overthrown by people who demand equality and justice guaranteed by our courts?

A lawsuit is not appropriate in all cases, but the decision to exercise this right should be an individual decision about what, under the circumstances, is right for an injured person and their family. The doctor whose mistake puts a child in a wheelchair for life or a young wife and mother in an early grave does not have to live with the family he or she has destroyed. The CEO whose decision to increase profits through the use of a toxic additive does not have to live in the town poisoned by that product. The insurance company accountant who refuses to pay for the treatment of a seriously ill person who paid for that coverage does not have to watch the person die because they did not receive treatment. These individuals do not have to live with the ramifications of their decisions and actions, and their agenda to avoid liability should not drive the injured person’s decision whether or not to file a lawsuit.

In addition, people injured by medical malpractice often consider the personal and social impact of filing a lawsuit. Not infrequently, the injured person or their family personally appreciates the doctor they suspect is harming them. Even more often, a person injured by a medical professional is made to feel that a lawsuit against that doctor will cause the doctor to leave the practice or move to another state. These sentiments are generated by a well orchestrated and well funded campaign by the medical lobby. The clearly intended purpose of his message is to prevent judgments out of guilt and fear.

It is well documented that not only does New York have one of the highest physician populations in the country, but more than 50% of malpractice is caused by less than 5% of our physicians. Unfortunately, in most cases, it is the doctors who make up the 5% who orchestrate the media and political spin of the medical lobby. Instead of focusing their attention on improving the quality of care or increasing medical reimbursement rates from HMOs and the government, which would benefit all physicians and, in large part, all of society, their care is being focuses on preventing the most seriously injured from seeking reparation. soon. Not in vain, such an impact only serves to help those doctors who commit bad practices and, in general, harm society.

Again, the decision to file a lawsuit must be made on an individual basis. Whether a doctor, though perhaps not a friend, spoke kindly or softly when negligent may be a determining factor in an individual decision. The final question for the individual making the decision to pursue a case against a physician with a pleasant personality or demeanor is whether the wrong that was committed, while clearly unintentional, is one that we would like to see repeated. The medical profession, in general, does not discipline negligence. As such, the only chance to stop a doctor from continuing an unsafe practice or procedure is through the courts. Whether one makes this decision for oneself, a parent, or a child, the issue is less about who we like and more about whether we would feel comfortable knowing that someone else’s child or loved one has been hurt because we allowed , highly funded and ultimately, false story about doctors leaving the state deters us from the social good of preventing bad medicine.

Having made the decision to pursue a potential lawsuit, the injured party should consider which attorney will prosecute the case on their behalf. As discussed above, choosing the right attorney should involve determining the best person to win the lawsuit. Too often, the decision is made with the wrong criteria. The doctors, hospitals, insurance companies, and corporate wrongdoers who caused the injury in the first place have spent considerable time and effort convincing people injured by their negligence that all attorneys can handle any case to the same standard. skill relative. They know that a lack of understanding, experience, or knowledge of the attorney representing a person injured by negligence, even early in an investigation, can seriously impair that attorney’s ability to successfully resolve even the most meritorious case. The position of lawyers in society, which is generally self-inflicted, has brought us to a place where an injured person often hires the first lawyer they see; a relative; a friend; or, the guy who advertises on TV and radio. While some may be qualified to handle a negligence case, the reality is that most will not. It goes without saying that the generally poor results that result when an unqualified attorney handles a complex malpractice case exacerbates the attorneys’ poor reputation in society and the disposition of litigants to feel that any attorney will do. The reality is that not all attorneys are capable of handling medical malpractice cases that are, by their very nature, complicated and difficult.

When making a decision about who will represent you, your child, or your loved one, the decision should be based on the same criteria you would rely on for any other difficult decision. Does the lawyer have experience with these types of cases? How have this attorney and his firm performed in other malpractice cases? What is the position of the lawyer in the community as a whole and in the smaller community of malpractice lawyers? What do fellow lawyers say about him or her? What do the opposing lawyers say about him or her? How do you interact with the lawyer? Is he or she someone you feel you can trust? Does the attorney understand the intricacies of medicine and the law surrounding your case? Was this attorney directed by someone with her best interests in mind or by an advertisement or a person with her own agenda or profit motive? In short, is this person the best person in the field to properly, professionally, and successfully prosecute this case for you, your child, your parent, or another loved one?

Insurance companies and corporate America have carefully vetted lawyers who want to work for them defending lawsuits brought by people injured by their negligence. They only hire the best attorneys with the skills to succeed, the knowledge of their subject matter, and the experience to maximize results for their clients. Before you hire a lawyer to represent you in a complex case, you should do the same. It can be overwhelming and it can be difficult to work with different candidates. However, the decision of which lawyer to hire is too important to be left to chance.